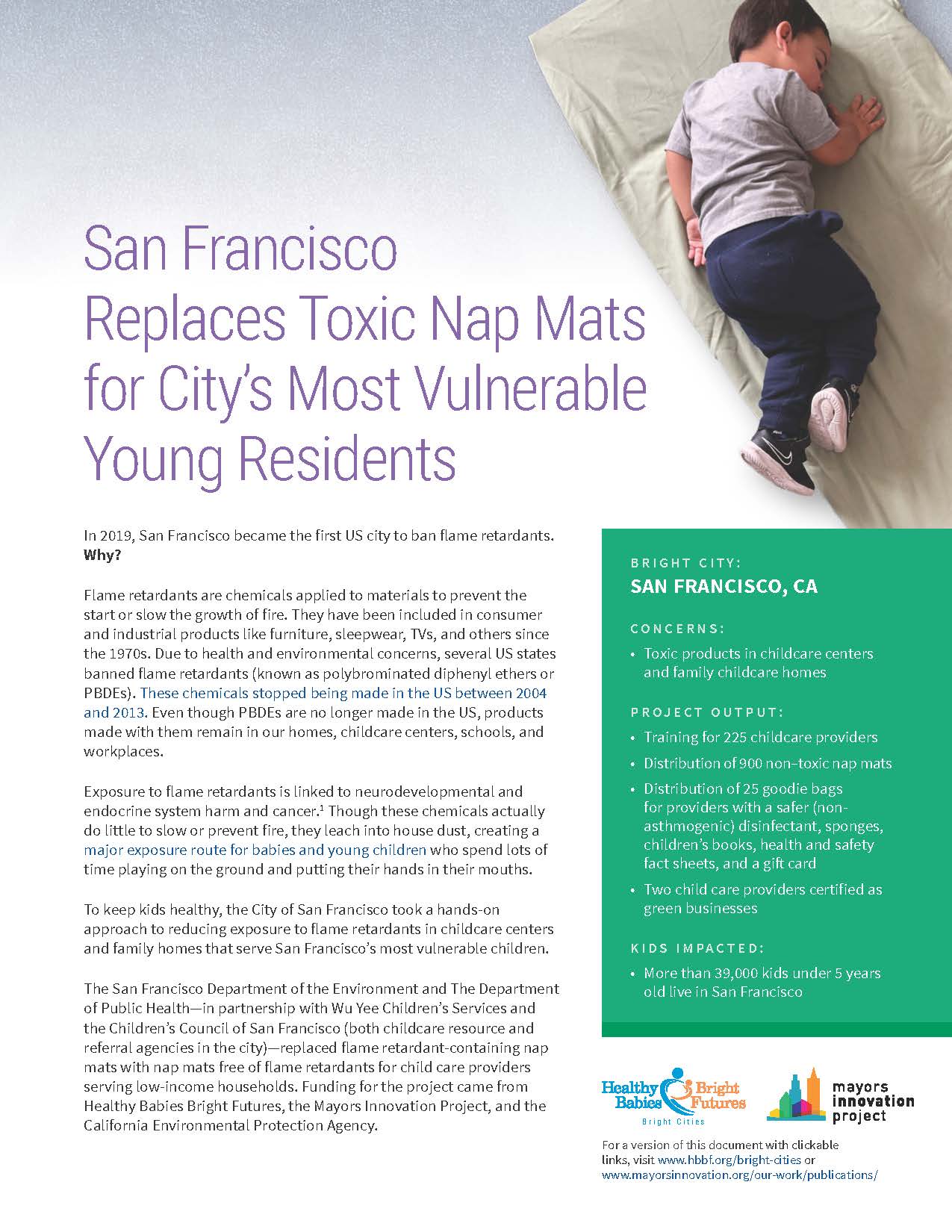 In 2019, San Francisco became the first US city to ban flame retardants. Why?

Flame retardants are chemicals applied to materials to prevent the start or slow the growth of fire. They have been included in consumer and industrial products like furniture, sleepwear,  TVs, and others since the 1970s. Due to health and environmental concerns, several US states banned flame retardants (known as polybrominated diphenyl ethers or PBDEs). These  chemicals stopped being made in the US between 2004 and 2013. Even though PBDEs are no longer made in the US, products made with them remain in our homes, childcare centers, schools, and workplaces.

Exposure to flame retardants is linked to neurodevelopmental and endocrine system harm and cancer.1 Though these chemicals actually do little to slow or prevent fire, they leach into house dust, creating a major exposure route for babies and young children who spend lots of time playing on the ground and putting their hands in their mouths. To keep kids healthy, the City of  San Francisco took a hands-on approach to reducing exposure to flame retardants in childcare centers and family homes that serve San Francisco’s most vulnerable children.