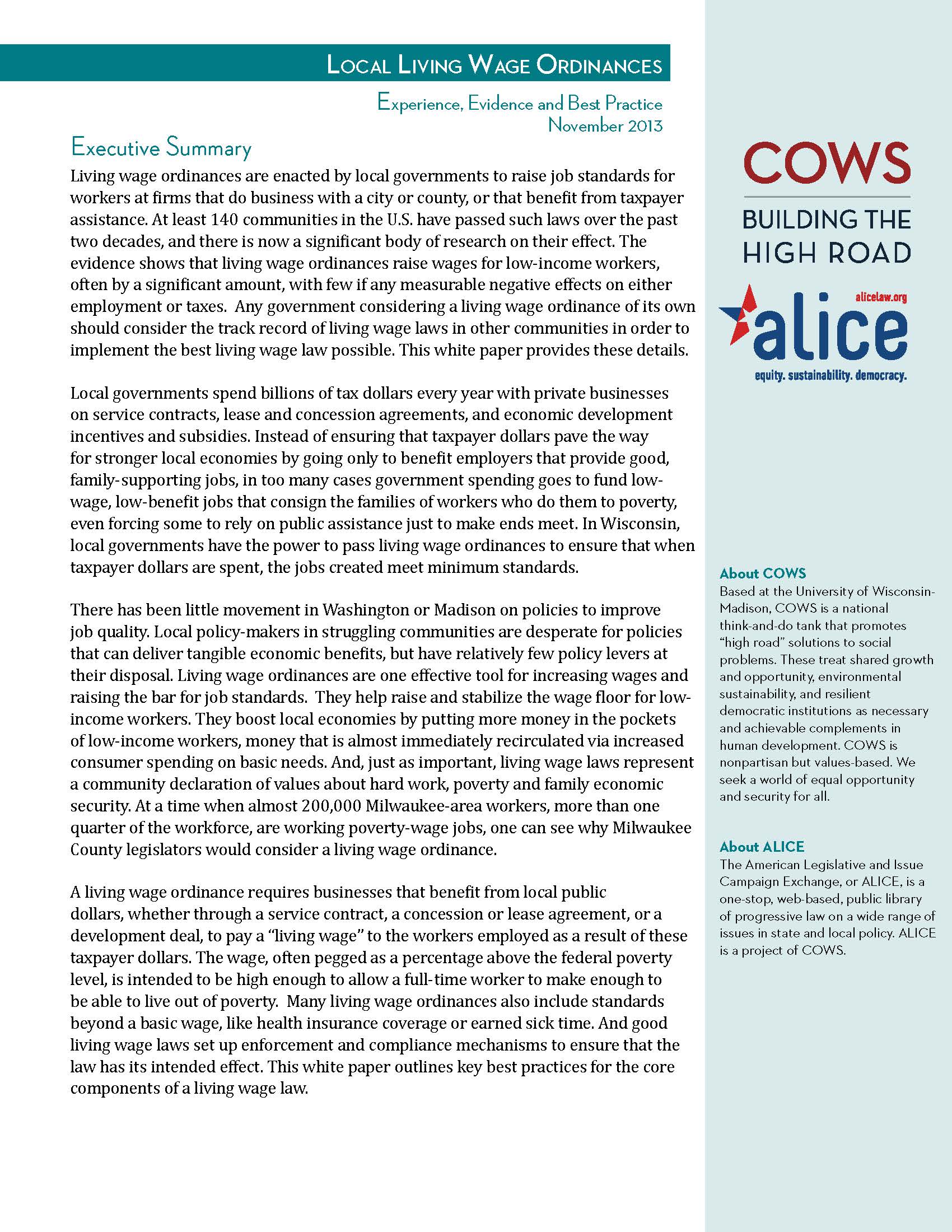 Living wage ordinances raise job standards for workers at firms that do business with a city or county or that benefit from taxpayer assistance. At least 140 communities in the U.S. have passed such laws over the past two decades, and there is now a significant body of research on their effect. The evidence shows that living wage ordinances raise wages for low-income workers, often by a significant amount, with few if any measurable negative effects on either employment or taxes. Cities should consider the track record of living wage laws in other communities in order to implement the best living wage law possible. Written and produced by our partner projects, COWS and ALICE.