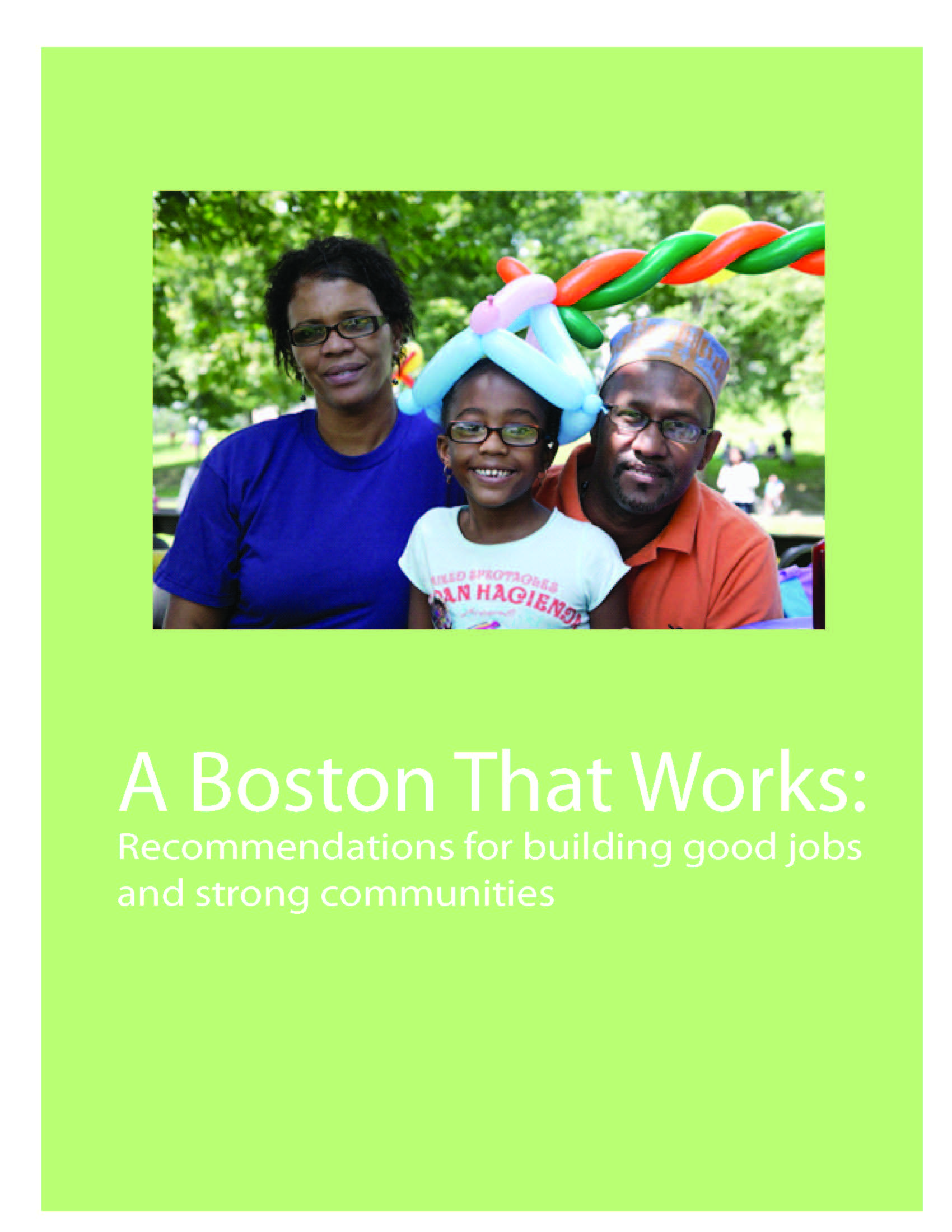 Nearly one in four Boston families lives in poverty and incomes in the Greater Boston area are more unequally distributed than in the vast majority of other metro areas around the country. The good news is that the City has a number of important tools that can be engaged to address these problems. However, in order to maximize its effectiveness, the City will have to re-focus and re-organize its approach to economic development. Critically, the City must make combatting poverty and inequality a core priority in all of its programs. Moreover, the City should adopt a broader and more proactive vision of economic development and reorganize programs and structures accordingly. This report, co-written with SEIU 32BJ, identifies five key ways in which the City can re-focus and re-organize its programs and provides a number of specific recommendations of steps the City should take.