Creating and maintaining productive council relationships to get the work done

The event has occurred

Across the country, cities are being asked to not only fix potholes but to lead on so many critical issues, from gun violence to climate resilience. To meet the challenges of the moment, we need city leaders and elected officials able to work together for the common good. But in many cities, public meetings are in disarray, with a passionate public and infighting between elected officials themselves taking attention away from the work that needs to get done. Without addressing the underlying culture and values being practiced as part of public work, the impact of codes of ethics and the like is uncertain at best.

We need more empathy, collaboration, and respect in public spaces. Mayor Jake Spano of St. Louis Park, MN will share the process his city has implemented to transform the way elected officials work with and treat each other. By taking time to co-create rules of governance and to discuss and understand the local governance structure and the various roles it creates for individuals, officials have seen co-benefits in public interactions, staff retention, and the cost of public meetings, to name a few. Mayor Spano will be joined by the city’s former City Manager, Tom Harmening, to describe the council retreat process  – what he calls the “two most important days of the year for our council – more important than the budget or any other one thing that we work on, because it’s not about the things we work on, it’s about how we work on those things.”

Kathy Eckles, Associate at Essential Partners, will share information about how this work aligns with their best practice approaches to engaging city leaders and the public, and what you can do today to start building better relationships in your city. 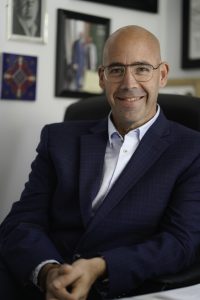 Mayor Spano has served on the St. Louis Park, Minnesota City Council since 2012, as both a council member and mayor.  Spano is a leader in the Twin Cities political, business, and strategic communications/organizational leadership community. He’s successfully driven organizational transformations at all levels of his professional career and is a recognized expert in strategic analysis and crisis communications. He is co-founder of Minnesota Mayors Together, a diverse coalition of Minnesota mayors working to break through the urban/rural divide and return the state to shared prosperity. Jake has appeared in print, radio, and local and national television, and is versed in legislative and executive processes through his extensive lobbying at the state and federal level.

Jake began his public service career with U.S. Senator Amy Klobuchar, and over the five years with her, his responsibilities grew to include communications and strategy; being the primary interface with statewide leaders, and leading the appropriations process with the staff in Washington, DC. His service culminated by being the Senator’s policy and state director, leading her four state offices and staff. Prior to his public service, Mayor Spano led multi-million-dollar projects in the architecture, design, and construction industry. He received his Bachelor of Arts from Hamline University in St. Paul, Minnesota and holds an advanced degree (Masters) from the University of Minnesota. His daughter is a fifth-generation public school teacher, and his son is in college. He lives in St. Louis Park with his dog Derby and his wife Cate, who teaches in the St. Louis Park public schools. 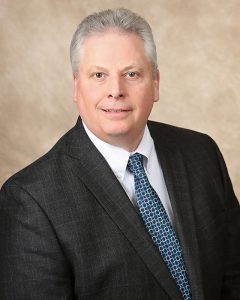 Tom’s areas of expertise revolve around organizational culture and development, leadership, economic development and redevelopment, and building positive relationships. While serving as City Manager for St. Louis Park Tom played a key role in encouraging and assisting the City Council in its efforts of practicing sound governance and decision making as a high performing team. Tom has a Bachelor of Science and Masters Degree in Urban Studies from Mankato State University and is married with two adult children. 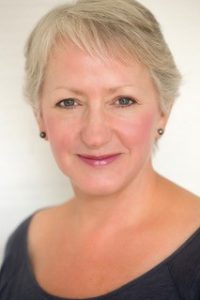 Kathy Eckles is an Associate with Essential Partners (EP), an organization that for 33 years has worked across the globe to give people the means to strengthen relationships, deepen belonging, and renew hope in their communities. Kathy has has helped multiple communities establish civil discourse programs and taught dialogue design and facilitation skills to non-profit, religious, government, and higher ed organizations. Click here for impact stories on how EP’s work has helped people make a difference in their communities. Kathy holds a Masters in Counseling Psychology, was a long-time, top performing division Vice President in the retail industry, and a faculty member at Lasell College in Boston where she taught organizational development and business ethics. In private practice as an executive coach and psychotherapist, and in her work with Essential Partners, Kathy supports leaders in developing presence and awareness skills, along with communication and relationship-building skills that help people live and work better together. Kathy lives in Rockport, MA about an hour north of Boston.

Highlights from the 2022 Summer Meeting

Join us: May is for Mayor Safety