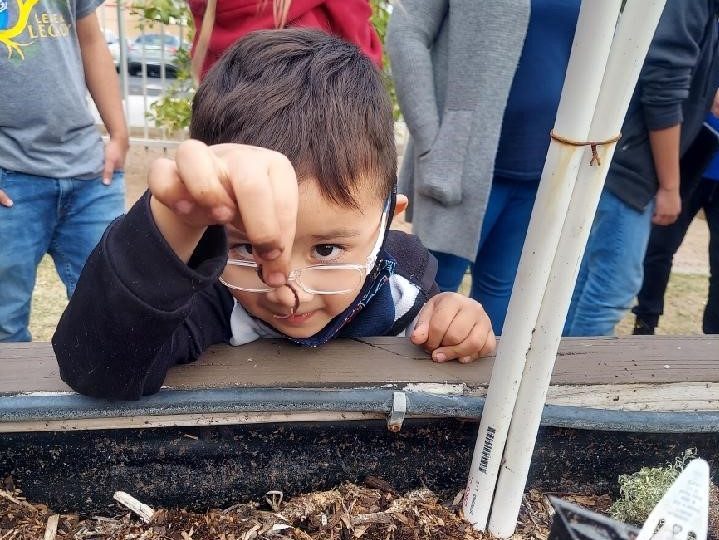 The Mayors Innovation Project, in partnership with Healthy Babies Bright Futures, provided grants to cities across the country to work towards better health outcomes for children. We are excited to share the story of one of our grant recipients, Phoenix, AZ.

Many schoolyards are underutilized spaces and have much more to offer our children in terms of natural experiences, learning, and revitalization.

Phoenix city staff, ASU researchers, and school leaders started a green infrastructure project by planting “vegetated barriers” – otherwise known as trees and shrubs –  at a childcare center and K-8 school in South Phoenix, with the purpose of reducing exposures to traffic-related air pollution and toxics and other ambient hazards (e.g., extreme heat).

Trees and hedges have been shown to reduce air pollution levels through interception of airborne particles (including neurotoxicants known as polycyclic aromatic hydrocarbons or PAHs) and/or through uptake of gaseous air pollution.

This project builds on an existing initiative on children’s healthy play and learning environments at Paideia Academies in South Phoenix, as well as initiatives within the City of Phoenix, specifically the  Sustainability Goals and Tree and Shade Master Plan, focusing on vegetation and shade provision where people use spaces most.

“Schools play an important role in the City’s tree and shade goals,” said Jennifer Vanos, the lead researcher working with Paideia from Arizona State University. “School grounds are also spaces where we encourage physical activity. To do so safely, we strive to minimize air pollution and extreme heat exposures, two factors often overlooked in playground safety.”

The school partner – Paideia Academies – serves 840 students ages 2–14 years. 84% of the students are on the free/reduced lunch program, which is largely minority students from Hispanic/Latino (67%) and Black/African American (20%) backgrounds.

Environmental inequities from segregationist planning and zoning practices in the early 20th century placed industrial facilities in minority-dominated neighborhoods in the South Phoenix area, which led to economic, health, and quality of life challenges that are still present today. 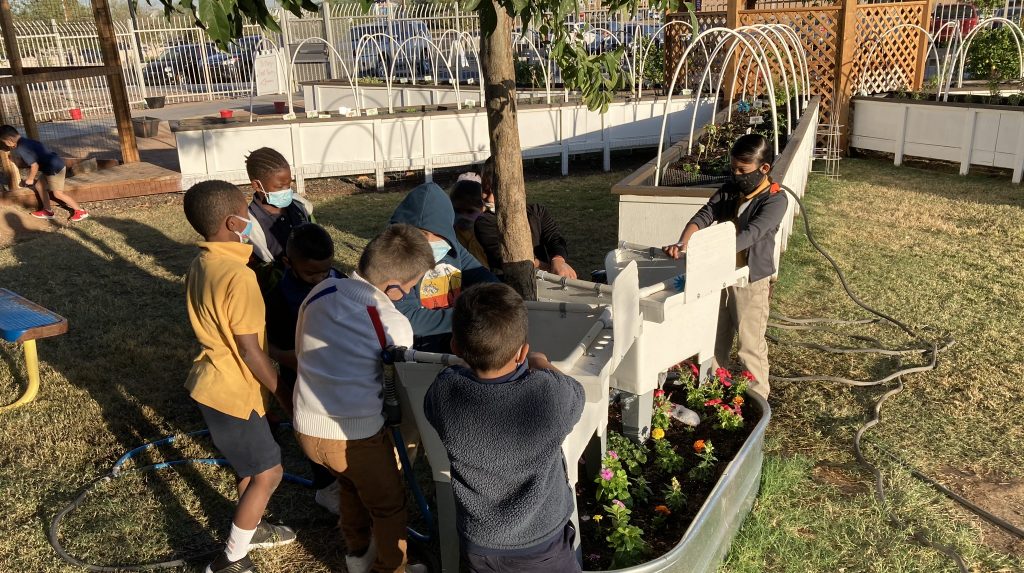 Respiratory illness in children tracks closely with variations in local traffic patterns, which is concerning given that many playgrounds are sited near heavily-trafficked roads. For example, nearly 8,000 U.S. public schools are within 500 feet of highways, truck routes, and other roads with significant traffic,and exercise can also increase breathing rates in children by 17-fold.

Roadway pollutants include carbon monoxide, nitrogen dioxide (NO2), PM, and polycyclic aromatic hydrocarbon (PAH), among others, where PAHs are known neurotoxins.

The City of Phoenix partnered with Paideia Academies to promote this example in other schools and parks, and ASU is working with Phoenix’s urban forester to generate a list of plants that can act as effective vegetative barriers that also meet Phoenix’s safety criteria.

In the short-term, these outdoor spaces directly support the health of children with the provision of much needed outdoor spaces. Long-term, the project aims to reduce health disparities and support the City’s Sustainability goals to promote planting trees at Paideia and in other playspaces  to help reach a 25% canopy cover across the city.

In addition to the clean air benefits provided by the new trees and naturescapes, Brian Winsor, founder of Paideia Academies, shared a poem written by one of the schools 5th grade students.

After studying Walt Witman’s “When I Heard the Learned Astronomer,” the student wrote: “When the wind flew by, I felt cold. When the sun came shining, I felt warm. When the grass went from side to side, I felt at ease. When the tree waved at me, I felt the breeze.”