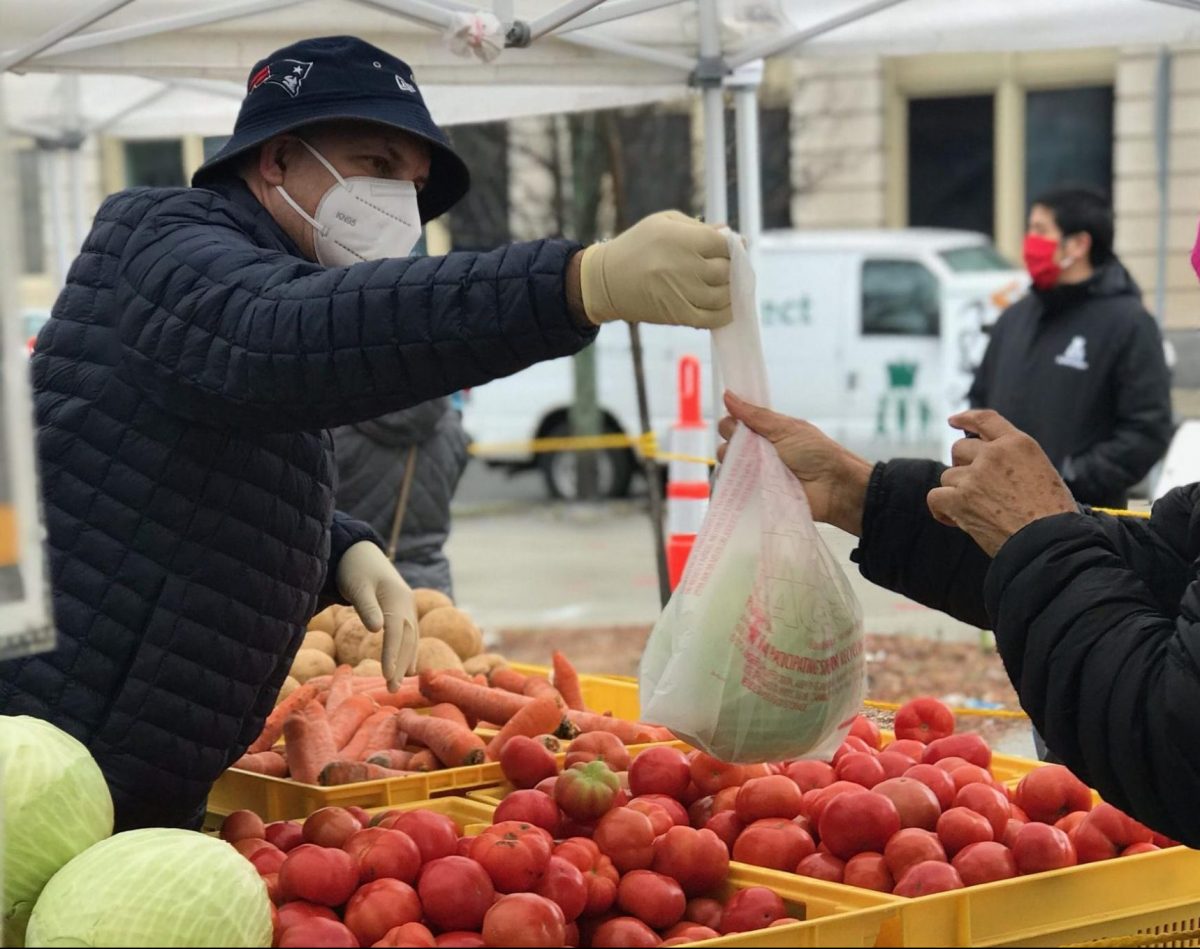 The Mayors Innovation Project, partnered with Healthy Babies Bright Futures, provided grants to cities across the country to work towards better health outcomes for children. We are excited to share the story of one of our grant recipients, Lynn, MA.

Residents and leaders in Lynn, MA are working together to improve the health of pregnant women and young children by bolstering the Central Square Farmers Market and associated services.

The City of Lynn, an early industrial center about 10 miles north of Boston, is known for its contemporary public art, international population, historic homes, public parks and open spaces. Relatively old housing stock, however, makes Lynn prone to lead paint hazards. According to 2014 state data, about 88% of the city’s housing stock was built before 1978, when lead paint was first banned under federal law.

Lynn’s history of lead paint use has inadvertently threatened food security for residents — especially children — and this issue is now exacerbated by the pandemic. Joblessness – in part due to the pandemic – has caused an increase in home gardening by low-income parents desperate for fresh, low-cost produce. In these circumstances, the soil is likely to be contaminated with lead. That produce could cause inadvertent lead exposure and resulting harm to children’s brain development.

“Our city is committed to addressing health and food insecurities among our most vulnerable residents,” said Mayor McGee. “This program focuses on the well-being of our children as we work to provide more equitable access to healthy food choices for children and families in the city of Lynn.”

With funding from HBBF’s Bright Cities program and the Mayors Innovation Project, the Food Security Task Force bolstered its Central Square Farmers Market with a focus on improving the health of pregnant women and young children. Produce costs were subsidized for families that include women with children under 10 – especially in neighborhoods with lead-contaminated soil –  and include community-requested veggies such as “Tongue of Fire” shell beans (often used in Cape Verdean cuisine), assorted hot peppers, callaloo (often used in Caribbean dishes), and East Asian cooking greens, among other produce.  Additionally, the market’s hours of operation increased, and a “farmstand to doorstep” delivery system was implemented.

Lynn’s Farmers Market is near low socioeconomic status neighborhoods, including the Highlands area, which is heavily affected by lead contamination. Seventy percent of the farmer’s market’s customers use their SNAP/HIP benefits and qualify for WIC; the increased capabilities of the market will reach vulnerable populations.

Looking ahead, Lynn plans to further expand its online ordering system and food delivery capabilities, advocate for policies and programming at the state level that impact municipalities with similar SES as Lynn, and continue creating and piloting new initiatives designed to reach the most vulnerable, food-insecure Lynners.