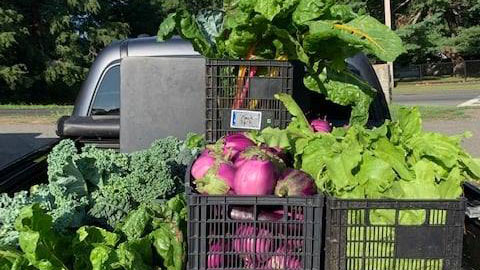 The Mayors Innovation Project has partnered with Healthy Babies Bright Futures to offer grants to cities across the country to work towards better health outcomes for children. We are excited to share the story of one of our grantee cities, Salem, MA.

The Mack Park Food Farm, “a municipal farm and future food forest,” replaced an unused baseball practice area at a city park in Salem, Massachusetts. Today, it encompasses about 10,000 square feet, along with a recently constructed pond that captures water for irrigation and overflows to a nearby urban wetland.

The Food Farm grew from the efforts of local residents and agriculturalists Matt Buchanan, Pat Schultz, and Andy Varela. It was built in the past year with about $40,000 through grants, including a $5,000 grant from the Healthy Babies Initiative sponsored by Bright Cities and the Mayors Innovation Project.

“The funding we received from HBBF and MIP allowed the City of Salem to distribute over 6,000 pounds of healthy, locally grown produce to Salem families this summer,” said Mayor Driscoll. “In addition to improving access to healthy food, it was also a tremendous community building experience.”

Addressing a Need for Produce Free from Pesticides

Over half (55%) of community responses to the Salem Community Food Assessment’s Resident Food Survey reported that fruits and vegetables are difficult to find near their homes. And Salem had one of the lowest estimated fruit and vegetable intakes of all Massachusetts communities per the 2015 Behavioral Risk Factor Surveillance System Survey.

“We were thrilled when Kim [Driscoll, Salem’s mayor] and Kerry [Murphy, city health and wellness coordinator] came to us in the fall of last year and said, ‘we need food,’ ” Schultz said. “This was pre-COVID, and we needed it then. We need it more now, and we’re going to continue to need it over the long term.” 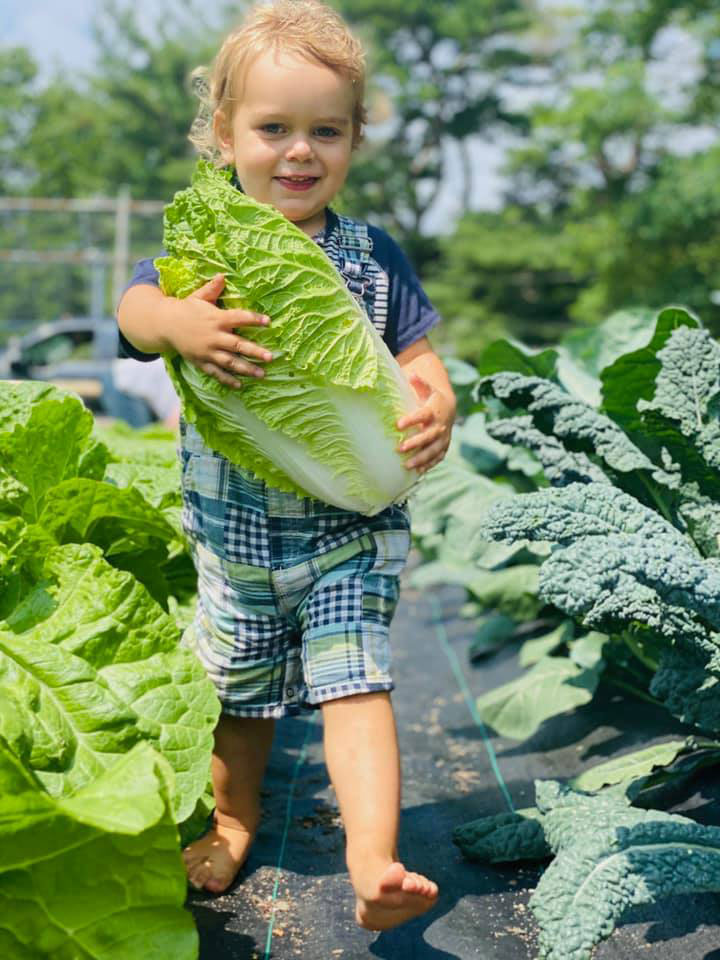 Infants, toddlers and women get more than 50% of their total daily exposure to organophosphate pesticides — one of the neurotoxins with the strongest link to harming babies’ brain development — from pesticide residues on fruits and vegetables (Curl et al, 2015). Salem’s highly successful initiative to build a local, organically-grown food farm accessible for all residents could be a pragmatic model for other cities’ sustainable healthy food initiatives.

Today, the farm has hundreds of pounds of organic lettuce, celery, carrots, peppers, eggplant, kale, cucumbers, tomatoes and more. Salem distributes the food to families most in need in fun and unique ways.

A free mobile farmers’ market pilot program was established to distribute the produce from the Mack Park Food Farm to Pequot Highlands, Salem Heights and Rainbow Terrace every Saturday — three neighborhoods where many families have young children but low access to organically-grown fresh foods.

“Watching the space transform from an empty field to a lush, inviting space capable of providing essential nourishment to our neighbors has been an incredible experience that I am honored to have played a small part in. It has also been a great opportunity for connection with others in the community during a difficult time for all of us,” said Cat Connelly, Salem resident and Mack Park Food Farm volunteer.

Nearly 100 Salem residents volunteered their time, including many parents with children who were excited to learn about urban farming. Getting young people involved in healthy eating habits and the effects of toxic chemicals is just one of the positive outcomes from this fantastic project.

“My son and I volunteered at Mack Park most of the summer. It was a wonderful way to safely be outside, bond with my son before college, and work with neighbors to support the local community,” said Cynthia Johnson during a recent volunteer shift. “We also learned a lot about permaculture from the project leaders. Every task was a learning activity–from removing rocks from the soil to harvesting veggies at the peak of freshness. I can’t wait until next summer!”

Looking ahead, Salem plans to plant its first fruit and nut trees in early 2021 to establish a food forest that will eventually serve all community residents. City staff are also working to change municipal urban farm designation policy to match the state practices, i.e., using a 2-acre instead of a 5-acre designation for an urban farm.